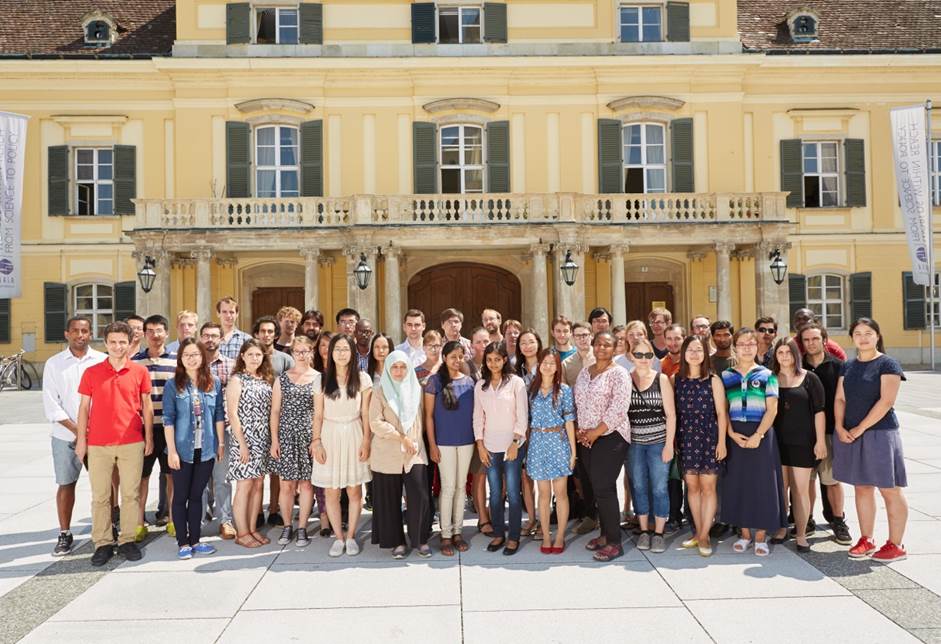 The flagship Young Scientists Summer Program (YSSP) at IIASA continues to train the young researchers of today to find the solutions of tomorrow. 50 graduate students from 26 countries spent the summer of 2015 in Laxenburg to work on their research projects in IIASA programs.

In total over 1,800 YSSP participants have benefited from the opportunity to work at IIASA with some of the leading scientists in their fields. Since its launch in 1977, participants of the program have gone on to achieve high positions in science, business, and governments around the world.

Winter 2014/2015 also saw the third successful year of the Southern African Young Scientists Summer Program (SA-YSSP), a regional expansion of the YSSP. 36 students from 21 countries took part in the program at the University of the Free State in Bloemfontein.

In 2015 Carlijn Hendriks won the Peccei Award, given for rigorous research during her time in the Young Scientists Summer Program. A PhD student at the TNO (the Dutch Institute for Applied Sciences), Hendriks won the award for her paper “Impact of EU climate and air quality policy on future ground level ozone concentrations and damage in Europe.” Hendriks came to IIASA as a participant of the Young Scientist Summer Program and worked in the IIASA Mitigation of Air Pollution and Greenhouse Gases Program (MAG).

Zhimin Mao, a PhD student at the Pardee RAND Graduate School and an assistant policy analyst at the RAND Corporation, received an honorable mention for her paper on: “Evaluation of costs and effectiveness of Pearl River Delta’s Air Pollution Reduction Action Plan.” Mao also spent her summer in MAG.

The Mikhalevich Award, given to students who use mathematical tools to solve real-world questions, was awarded to Celian Colon of France for his study, “Systemic risks and cascading disruptions in complex supply chains,” with the IIASA Evolution and Ecology Program (EEP). An honorable mention went to Hanna ten Brink, from the Netherlands, for her paper, “The origin of metamorphosis and its consequences for harvested fish populations,” who also worked with EEP.

The awards provide financial support for the winners to return to IIASA to continue their research projects.

Zhimin Mao, of the Pardee RAND Graduate School, was awarded the first Roger Levien Fellowship, enabling her to work on air pollution in China in the Mitigation of Air Pollution and Greenhouse Gases Program.

There were 14 postdoctoral researchers at IIASA in 2015, funded by different sources. The Postdoctoral Program allows these early‑career scientists to research a topic related to the scientific agenda at IIASA and hone their skills in systems analysis.

IIASA workshops, seminars, and conferences take place around the world and provide scientists and policymakers with knowledge exchange and training. A few examples of IIASA workshops in 2015 are presented here.

More about Capacity Building Activities at IIASA in 2015